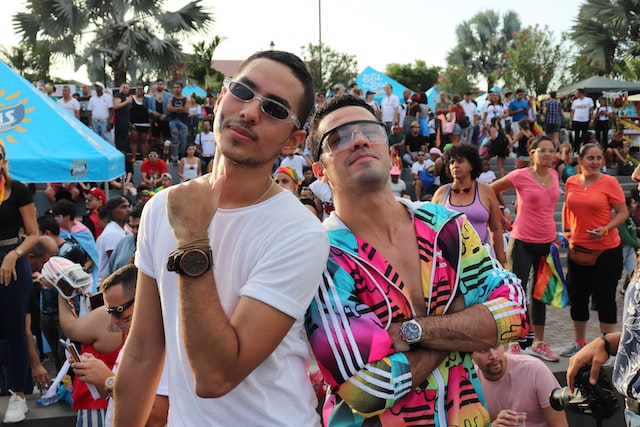 Best Marriage Proposals: After many weeks of searching for ideas on how to propose I found this website and spent many hours reading experiences and took many notes. Being that we are a same sex couple and that marriage isnt really possible at the moment, i still wanted him to know that he was the one. He currently worked in Seattle for the Summer, so I figured that going to the Space Needle would be a nice romantic place to eat. When I was thinking about this day, I wanted to propose in public, but be discret as possible, so I went to a local bookstore and purchased a journal. I made a small scrapbook of all the things we had done, randomly placed poems I had wrote and found throughout the pages and placed will you marry me in different languages randomly as well. As I was making the scrapbook our song came on the radio and I thought that would be a great thing to have playing during the moment, but knew it wouldnt be possible at the SN. So I purchased an iPod shuffle and placed romantic songs on it that I purchased from iTunes. Randomly throughout the scrapbook I would have a blank page that would say Track # with a play symbol underneath and an arrow to turn the page, On the following page would be the lyrics with pictures of stick people in the background that I drew dipicting scences from the song. To make sure that he didnt hear the next song before he was suppose to, I made audio files that told him to push pause and wait. The songs, poems, marry mes and pictures were random throughout the entire book except for the last song. I found the instrumental to our song and I made an audio file of me singing it. I placed it at the very end and had him play it.

Once the song was over I came on and told him not to look up at me, but to keep flipping through the pages infront of him. I started telling events that had happened: first day we met, different fights we had worked through, vacations together, all of the little moments that mattered so much to us. Each event I drew again (about 2-4 per page, but only doing 3 pages). I then told him to turn the page. I had went to a local craft store and purchased a hole punch that was 1.5 x 1.5 and punched about 50 to 75 pages in the same spot. I then cut the tassle (page holder of journal) off and then cut it in half. I super glued the tassle to the back of the cover of the book and stared to glue the punched pages to the back and together, putting the tassles through the hole. When I was done, I had a hole with tassles that I could tie a ring to.As he turned the page, there was a picture of us from when we first met and a picture of us from that day (went to a local wal-greens and printed the picture off then ran to the restroom and finished the book in the stall at the SN) with the words, Will You Marry Me? So as he turned the page, it read Will You Marry Me? as well as me saying it.He looked up at me and started to cry as the waitress walked up. She looked at both of us as he said Yes, forever! She looked puzzled and walked away, returning with a hot fudge sundae with sprinklers on it. As she sat it down she said Congradulation, its on the house and walked away.It was the best proposal ever. Thank you so much for you help in this. I could have never done this without you.