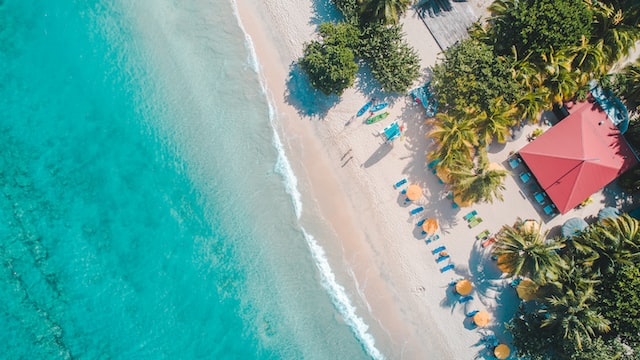 Best Marriage Proposals: I was whisking my boyfriend Eric away on an 8-day eastern Caribbean cruise as a surprise for his birthday. All of the arrangements were made. My best friend and her boyfriend were joining us; my brother and his girlfriend were hinting that theyd try to make it last minute.Eric had no idea where we were going. So on his birthday weekend, which we celebrated in a lovely suite in Atlantic City, NJ (thanks to my mother, the high roller) I handed him a box with a miniature carnival cruise. He eyed it curiously, and asked me cautiously, Are we going on a cruise? To which I replied (enthusiastically), 8 days, baby!What was I most excited about? Port of call number 1: San Juan, Puerto Rico (the island my family is from). I really wanted to take him to El Morro (the fort the Spanish built to protect the island from invasion hundreds of years ago, which partially still stands). El Morro is a place that has always been close to my heart. And Eric knew that.Fast forward to September 28, 2006. Good news: We are arriving in San Juan an hour early! We were scheduled to arrive at 3:00 PM. We were now pulling in at 2. I was so happy about that. So I rush to the room after lunch with everyone and get ready in a hurry. I want to be the first couple off that ship!Nobody is rushing but me. I freak out. I tell my best friend and her boyfriend that well meet them there, if they want to be slow, fine! Then, I renege. We all leave the ship at about 2:45-3:00.We catch a cab to El Morro. Eight bucks and 10 minutes later we are at its grand entrance. Its 100 degrees. Everyone is happy I am elated to be there. Someone pays the entrance fee and Eric grabs a map. He tells me, I want to go to this guard tower.

Without hesitation, I say, Lets go. Ill follow you.We get the location of the tower; it was so beautiful. My best friend and I take some pictures. My brother and girlfriend are off somewhere else. Then, Eric grabs my hand and says, Lets go in there.I follow him into the small guard tower with a small window in front, overlooking the vast ocean. He about-faces. (Im thinking that I cant see out of the window because he is blocking the view.) He looks in my eyes and asks me if I know how much he loves me. To which I reply, Of course, honey. I love you too. His eyes are starting to glass over just a bit. He says, I want to spend the rest of my life with you. And then he drops to one knee.The world stopped for me that second. For one second, as I understood. Then I saw it – there was a beautiful, bright, diamond ring standing straight up in a sapphire-blue velvet holder in the window, overlooking the ocean. Do I look at him? Do I look at the ring? Oh, my God, is this really happening?He says, Will you marry me?I hug him and cry. And hug him and cry. After about 45 seconds of that, he looks at me, smiles, and whispers: Is that a yes? I said, Yes, yes Id be honored.He smiles an even bigger smile, says Let me put on your ring left hand, right I smile and go to hug him again. He says, I have another surprise for you. I tell him that I dont think I could handle another surprise.We walk out of the narrow walkway out of the guardtower to see my brother and his girlfriend, my bestfriend and her boyfriend gleaming.And then I froze when I saw my mother and father standing there. He had done it. Given me the surprise of a lifetime. The rest as they say is history.