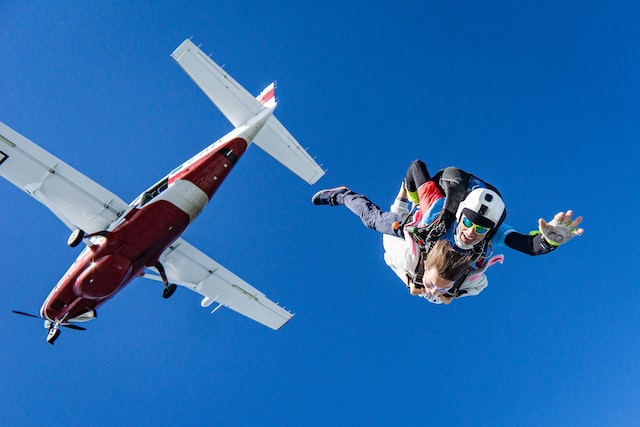 Best Marriage Proposals: My girlfriend and I flew down to New Zealand and went skydiving. We were in a small airplane with just our videographers on our backs. As the time came to jump and the green light went on, I opened the door and hung my feet out, ready to go out the door. I then turned to my girlfriend and pulled out the ring and yelled (over the rushing air), “will you marry me?” She was shocked, and just as she was about to say something, the ring fell out the door. She was in shock and I quickly yelled, “oh no, the ring, I’m going after it, I’ll see you on the ground” and jumped after the ring. 10 seconds later, she jumped after me. At 3,000 feet, she looked down and saw a giant sign on the ground (that was rolled out after the plane took off) that said, “Kara, Will you Marry Me?”. When she landed, I was already on the ground waiting for her with the real ring (not the one I ped on purpose )). She said yes.