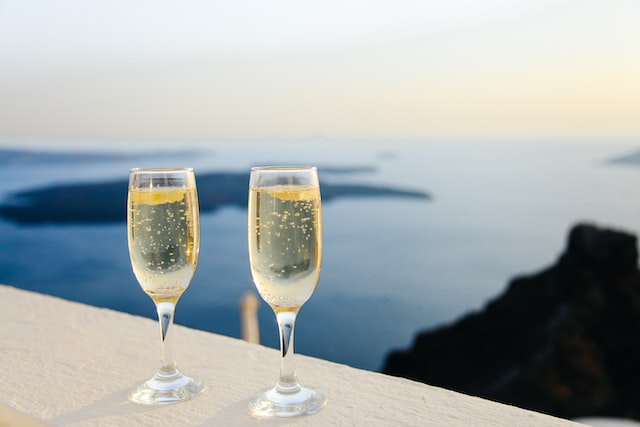 Best Marriage Proposals: My girlfriend was expecting to go away for the weekend and she has been looking forward to this trip for about a month. That morning when she got up I told her that we were not going. I explained that we had been together for 2 years and that i had planned something much better. I handed her 2 envelopes and explained that she had appointments to have her nails done and than to have here hair done. When she got all that taken care of she was to return home. After she left I placed some more instructions and an evening gown and accessories that i had purchased earlier in the month on the bed. The instructions simply said I will pick you up at 5pm sharp. At 5pm I arrived at her place and picked her up dressed in a tux and riding in a limo. When she came down i gave her 2 white roses and placed a strand of pearls around her neck as a gift for our anniversary. The driver took us to a wonderful restraunt were ate and wonderful meal and toasted our time together. Afterwards the driver took us to a park I had chosen way ahead of time. At the park I had a friend set up one of the benches close to water fountain among lots of flowers with a white table cloth, a pillow for her to sit on, 2 dozen red roses a bottle of champaigne and glasses and an assortment of flower arrangements and candles. I also had arranged for a photographer to be present who was pretending to shoot pictures of a friend on site. Upon our arrival we walked around the fountain and admired the beauty and as we approached the bench, I escorted her over and set her down and handed her the roses. As she was attempting to take it all in I got on one knee and presented the ring and before i could get the whole question out she was saying yes and shaking all over. We opened the champaign and enjoyed the moment. After a while i let her in on the fact that a photographer(she never even noticed them) was taking pictures of the whole thing as it unfolded. She was completely surprised by the whole thing and never even saw it coming..After all the pictures at the park, we went to our favorite hang out where i had all of our friends a coworkers show up to celebrate with us..As a side note i will also say that I asked her Father for his blessing, and as he did say yes but we set it up so that my girlfriend thought that he had to think about it and he wanted to talk to us both about it. She knew i would not ask her to marry without her familys blessing so the little act kept her from even suspecting it was coming..